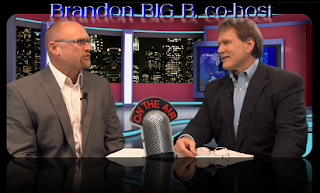 REHOVOT, ISRAEL –  A recent study released from Israel’s Weizmann Institute of Science refutes propaganda from LGBT activists who detach gender completely from sex and promote that men can become so-called "women" by merely "identifying" as female, and vice-versa.

Professor Shmuel Pietrokovski and Dr. Moran Gershoni, both researchers from the Weizmann Institute’s Molecular Genetics Department, “looked closely at around 20,000 protein-coding genes, sorting them by sex and searching for differences in expression in each tissue. They eventually identified around 6,500 genes with activity that was biased toward one sex or the other in at least one tissue, adding to the already major biological differences between men and women.”

In the world of radical identity politics, two groups with very different philosophies have been ignoring science in the name of advancing equality: gender feminists and transgender activists.

The idea that our brains are identical sounds lovely, but the scientific evidence suggests otherwise. Many studies, for instance, have documented the masculinizing effects of prenatal testosterone on the developing brain. And a recent study in the journal Nature’s Scientific Reports showed that testosterone exposure alters the programming of neural stem cells responsible for brain growth and sex differences.

Gender feminists often point to a single study, published in 2015, which claimed it isn’t possible to tell apart male and female brains. But when a group of researchers reanalyzed the underlying data, they found that brains could be correctly identified as female or male with 69% to 77% accuracy. In another study, published in 2016, researchers used a larger sample in conjunction with higher-resolution neuroimaging and were able to successfully classify a brain by its sex 93% of the time.

Is There Something Unique about the Transgender Brain?
Imaging studies and other research suggest that there is a biological basis for transgender identity

Spanish investigators—led by psychobiologist Antonio Guillamon of the National Distance Education University in Madrid and neuropsychologist Carme Junqué Plaja of the University of Barcelona—used MRI to examine the brains of 24 female-to-males and 18 male-to-females—both before and after treatment with cross-sex hormones. Their results, published in 2013, showed that even before treatment the brain structures of the trans people were more similar in some respects to the brains of their experienced gender than those of their natal gender.

“Trans people have brains that are different from males and females, a unique kind of brain,” Guillamon says. “It is simplistic to say that a female-to-male transgender person is a female trapped in a male body. It's not because they have a male brain but a transsexual brain.” Of course, behavior and experience shape brain anatomy, so it is impossible to say if these subtle differences are inborn.

(CNSNews.com) --  Dr. Paul R. McHugh, the former psychiatrist-in-chief for Johns Hopkins Hospital and its current Distinguished Service Professor of Psychiatry, said that transgenderism is a “mental disorder” that merits treatment, that sex change is “biologically impossible,” and that people who promote sexual reassignment surgery are collaborating with and promoting a mental disorder.

Dr. McHugh, the author of six books and at least 125 peer-reviewed medical articles, made his remarks in a recent commentary in the Wall Street Journal, where he explained that transgender surgery is not the solution for people who suffer a “disorder of ‘assumption’” – the notion that their maleness or femaleness is different than what nature assigned to them biologically.

+++++++++++++++++++
said Dr. McHugh, these “policy makers and the media are doing no favors either to the public or the transgendered by treating their confusions as a right in need of defending rather than as a mental disorder that deserves understanding, treatment and prevention.”

“This intensely felt sense of being transgendered constitutes a mental disorder in two respects. The first is that the idea of sex misalignment is simply mistaken – it does not correspond with physical reality. The second is that it can lead to grim psychological outcomes.”

The transgendered person’s disorder, said Dr. McHugh, is in the person’s “assumption” that they are different than the physical reality of their body, their maleness or femaleness, as assigned by nature. It is a disorder similar to a “dangerously thin” person suffering anorexia who looks in the mirror and thinks they are “overweight,” said McHugh.

+++++++++++++
This assumption, that one’s gender is only in the mind regardless of anatomical reality, has led some transgendered people to push for social acceptance and affirmation of their own subjective “personal truth,” said Dr. McHugh. As a result, some states – California, New Jersey, and Massachusetts – have passed laws barring psychiatrists, “even with parental permission, from striving to restore natural gender feelings to a transgender minor,” he said.

The pro-transgender advocates do not want to know, said McHugh, that studies show between 70% and 80% of children who express transgender feelings “spontaneously lose those feelings” over time. Also, for those who had sexual reassignment surgery, most said they were “satisfied” with the operation “but their subsequent psycho-social adjustments were no better than those who didn’t have the surgery.”

+++++++++++++
“And so at Hopkins we stopped doing sex-reassignment surgery, since producing a ‘satisfied’ but still troubled patient seemed an inadequate reason for surgically amputating normal organs,” said Dr. McHugh.

The former Johns Hopkins chief of psychiatry also warned against enabling or encouraging certain subgroups of the transgendered, such as young people “susceptible to suggestion from ‘everything is normal’ sex education,” and the schools’ “diversity counselors” who, like “cult leaders,” may “encourage these young people to distance themselves from their families and offer advice on rebutting arguments against having transgender surgery.”

Dr. McHugh also reported that there are “misguided doctors” who, working with very young children who seem to imitate the opposite sex, will administer “puberty-delaying hormones to render later sex-change surgeries less onerous – even though the drugs stunt the children’s growth and risk causing sterility.”

Such action comes “close to child abuse,” said Dr. McHugh, given that close to 80% of those kids will “abandon their confusion and grow naturally into adult life if untreated ….”

++++++++
“’Sex change’ is biologically impossible,” said McHugh. “People who undergo sex-reassignment surgery do not change from men to women or vice versa. Rather, they become feminized men or masculinized women. Claiming that this is civil-rights matter and encouraging surgical intervention is in reality to collaborate with and promote a mental disorder.”

How do investigators and scientists tell if a bone
or skeleton belongs to a man or a woman? The clues lie in the bones themselves.

A skeleton's overall size and sturdiness give some clues. Within the same population, males tend to have larger, more robust bones and joint surfaces, and more bone development at muscle attachment sites. However, the pelvis is the best sex-related skeletal indicator, because
of distinct features adapted for childbearing. The skull also has features that can indicate sex, though slightly less reliably.

Dr. Paul R. McHugh, the Distinguished Service Professor of Psychiatry at Johns Hopkins University and former psychiatrist–in-chief for Johns Hopkins Hospital, who has studied transgendered people for 40 years, said it is a scientific fact that “transgendered men do not become women, nor do transgendered women become men.”

All such people, he explained in an article for The Witherspoon Institute,  “become feminized men or masculinized women, counterfeits or impersonators of the sex with which they ‘identify.’”

Dr. McHugh, who was psychiatrist-in-chief at Johns Hopkins Hospital for 26 years, the medical institute that had initially pioneered sex-change surgery – and later ceased the practice – stressed that the cultural meme, or idea that “one’s sex is fluid and a matter of choice” is extremely damaging, especially to young people.

The idea that one’s sexuality is a feeling and not a biological fact “is doing much damage to families, adolescents, and children and should be confronted as an opinion without biological foundation wherever it emerges,” said Dr. McHugh in his article, Transgenderism: A Pathogenic Meme.

“I am ever trying to be the boy among the bystanders who points to what’s real,” said Dr. McHugh, who is also professor of Psychiatry and Behavioral Sciences at Johns Hopkins.  “I do so not only because truth matters, but also because overlooked amid the hoopla—enhanced now by Bruce Jenner’s celebrity and Annie Leibovitz’s photography—stand many victims.”

“Think, for example, of the parents whom no one—not doctors, schools, nor even churches—will help to rescue their children from these strange notions of being transgendered and the problematic lives these notions herald,” warned McHugh.

They rarely find therapists who are willing to help them “work out their conflicts and correct their assumptions,” said McHugh. “Rather, they and their families find only ‘gender counselors’ who encourage them in their sexual misassumptions.”

In addition, he said, “both the state and federal governments are actively seeking to block any treatments that can be construed as challenging the assumptions and choices of transgendered youngsters.”

“As part of our dedication to protecting America’s youth, this administration supports efforts to ban the use of conversion therapy for minors,” said Valerie Jarrett, a senior advisor to President Obama, as quoted by Dr. McHugh in his article.

However, there is plenty of evidence showing that “transgendering” is a “psychological rather than a biological matter,” said Dr. McHugh.

“In fact, gender dysphoria—the official psychiatric term for feeling oneself to be of the opposite sex—belongs in the family of similarly disordered assumptions about the body, such as anorexia nervosa and body dysmorphic disorder,” said McHugh.

“Its treatment should not be directed at the body as with surgery and hormones any more than one treats obesity-fearing anorexic patients with liposuction,” he said.

In fact, at Johns Hopkins, where they pioneered sex-change-surgery, “we demonstrated that the practice brought no important benefits,” said Dr. McHugh. “As a result, we stopped offering that form of treatment in the 1970s.”

In recent years, though, the notion that one’s sex is fluid has flooded the culture. It is “reflected everywhere in the media, the theater, the classroom, and in many medical clinics,” said McHugh.

It is biologically false that one can exchange one’s sex, explained McHugh.

“Transgendered men do not become women, nor do transgendered women become men,” he said.  “All (including Bruce Jenner) become feminized men or masculinized women, counterfeits or impersonators of the sex with which they ‘identify.’ In that lies their problematic future.”

When “the tumult and shouting dies,” McHugh continued, “it proves not easy nor wise to live in a counterfeit sexual garb. The most thorough follow-up of sex-reassigned people—extending over 30 years and conducted in Sweden, where the culture is strongly supportive of the transgendered—documents their lifelong mental unrest.”

“Ten to 15 years after surgical reassignment, the suicide rate of those who had undergone sex-reassignment surgery rose to 20 times that of comparable peers,” said McHugh.

Nonetheless, the false “assumption that one’s sexual nature is misaligned with one’s biological sex,” can be treated with therapy and medication, said McHugh.

He further stressed that, “What is needed now is public clamor for coherent science—biological and therapeutic science—examining the real effects of these efforts to ‘support’ transgendering.”

“But gird your loins if you would confront this matter,” warned Dr. McHugh.  “Hell hath no fury like a vested interest masquerading as a moral principle.” 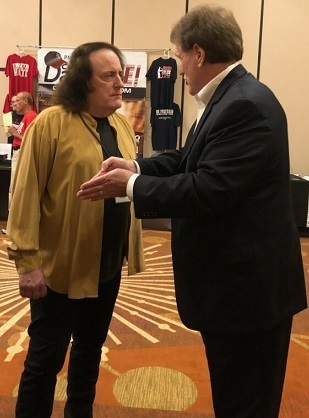 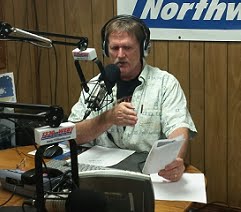 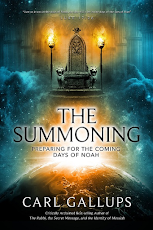 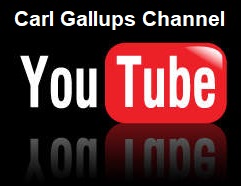 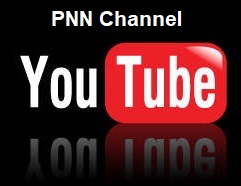